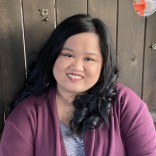 Get Experience, Gain Friends, and Make a Difference

Students are wondering what ASWWU is and if they should get involved. Here’s a peak into the world of ASWWU and the benefits of being a part of the association.

ASWWU stands for Associated Students of Walla Walla University. The students in ASWWU are responsible for making campus a better place. There are two types of positions: one a student gets elected to, and the other they interview for. ASWWU employs over 100 students in paid positions. [1]

David Iwasa, assistant vice president for student life and ASWWU sponsor, wants students to know that ASWWU “takes anyone where they are and trains them,” meaning that a student doesn’t necessarily need to have prior experience or specific skills to be in ASWWU. Iwasa encourages students not to be afraid to get involved because being in ASWWU could enrich their college experience. [2]

So, what if a student runs for an elected position and loses? Eric Welch, senior mechanical engineering major and ASWWU president, initially ran for both senator and president and lost, only to win both positions at a later time. He says that when you lose “it’s not a reflection on your character.” Welch talked about how losing opened up doors for him to get involved. [3]

Welch says that there are many reasons why a student should consider joining ASWWU. Having a voice, representing peers, and being able to share your vision of what campus should be like are just a few benefits. Welch talked about how getting to work with cool people, becoming invested in Walla Walla University, and learning how to independently motivate yourself are other perks of the job. [4]

Students looking to be elected to a position in ASWWU should “start by talking to the people currently in those positions,” says Zachary Macomber, senior history and business major and ASWWU social vice president. He worked as a barista at The Atlas, as a senator, and on the social team before becoming social vice president. Only two of those four are elected positions. Whether a student runs for office or interviews to be hired, Macomber encourages students to educate themselves about the job they want by asking around. [5]

Students were asked what they thought of ASWWU and if they would ever consider joining the association. Brook Danelson, freshman mechanical engineering major, would like to be a part of ASWWU, but she feels that she is too busy. On top of that, Danelson didn’t really know what ASWWU was until recently. She would love to learn more and would appreciate it if ASWWU would do better marketing. [6]

Laura Gaylor, freshman nursing major, wants to focus on college and her schoolwork before possibly joining ASWWU in the future. She had been a part of her high school’s student council before, and if it weren’t for her workload, she would love to get involved. [7]

Summer Neil, freshman English major, hesitates to get involved because of COVID-19. She is interested in the ASWWU Outdoors program, but because of the coronavirus, Outdoors isn’t able to operate like it used to. This, plus her amount of school work and not currently needing a job, is the reason that she hasn’t joined. [8]

“ASWWU gives us an opportunity to serve the student body and leave an impact on student life like nothing else can. If this is in your line of interest, ASWWU is the place for you,” says Gabran Arruda, sophomore social work major and ASWWU senator. [9]

Are Professors Perpetuating Bias in the Classroom?

How To Destroy Your Circadian Rhythm

Homophobia and the Handbook