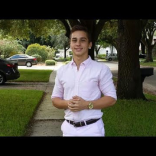 Professional Athletes and Their Influence Over Marijuana Normalization

We are witnessing a new era where marijuana use is more socially acceptable, and the realm of sports is no exception to the trend.

In some of the major sporting leagues like the NFL and NBA, players who were found using marijuana were subject to suspensions and/or fines. But in recent years the rules regarding marijuana use have changed.

For the NFL, a collective bargaining agreement in 2020 loosened the league’s once strong stance against marijuana. After the rule change, testing positive for marijuana no longer resulted in a suspension. A first-time positive test will now result in the player being put into a diversion program. [1]

In the past, the NBA was pretty stringent regarding marijuana usage, even putting it on the list of banned substances. However, due to the pandemic and all its complications, the league loosened its rules and stopped randomly testing players during the 2020-2021 season. [3]

Huge names in professional sports have come out in support of marijuana usage, even admitting to usage while competing at the professional level. The idea that weed usage can be a hindrance to athletic performance holds less and less weight with each athlete who comes forward in support of it.

For example, Michael Phelps, the 35-year-old Olympic swimming legend, was caught smoking marijuana way back in 2009 when a video of him went viral. [4] He is highly regarded as the world’s best professional swimmer and has 23 gold medals to back it up. [5]

Connor McGregor is one of the best and most famous fighters of the century. The iconic Irish UFC fighter is also a marijuana enjoyer. Compared to other sport leagues, the UFC is much more lenient when it comes to substance rules regarding marijuana usage. [6]

The NBA also has its fair share of famous athletes who are known weed enjoyers. Matt Barnes and Stephen Jackson are some former NBA players who are known for their usage of weed during their professional careers. They are huge contributors to reducing the stigma surrounding weed usage and professional athletes. [7]

They host a podcast together called “All The Smoke.” It is clearly a play on words as it is a cannabis-friendly podcast. They discuss many topics, including politics, sports, and more. [8]

Both Barnes and Jackson are NBA champions and are some of the most iconic players from the league.

On the other side, however, some names in the sports industry are long time cannabis antagonists. Most famously Stephen A. Smith, the host of the sports debate show “First Take,” is known for his humorous signature phrase, “Stay off the weeeeeeed.” [9]

Marijuana usage among professional athletes is still debated to this day. However, society continues to move towards the legalization and decriminalization of it. The world of sports is catching up and maybe soon it will be not only accepted, but also supported in the place of potentially harmful and addictive pharmaceuticals. 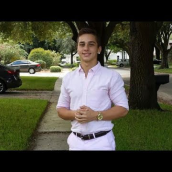 Drugs are Cool, Aren’t They?